“Today composting is an important component of the solution to the growing problem of solid waste disposal. With the growing problems of sitting new landfills and the increasingly rapid closure of existing ones, anything that can take some of the volume from them is worthy of serious study.” (Johnson, Richard, and Naylor of the Department of Agricultural Engineering, Cornell University)

In several states in USA home-owners have no choice – recycling and composting are mandated. In other states, regulations simply prohibit the mixing of any organic yard waste with normal house-hold garbage – leaving it to the home-owner to decide how to dispose of leaves and grass clippings.

Composting is not new. Many people have been composting their organic waste and yard-waste for years. The problem, however, is that composting often required more work than many are willing to devote. Piles of leaves left to decompose anaerobically quickly develop odors, and the resulting material more closely resembles a wet, messy blob than newfound potting soil.

Perlite is being used more and more by those seeking a relatively painless, “lazy man’s” approach to composting. By layering Perlite with leaves, grass clippings, and other organic material, composting can be done without frequent turning and with almost no odor. With the addition of Perlite during composting, the final product is a better potting soil and soil amendment!

Two university studies have confirmed the advantages of using Perlite in home composting. In a study at Cornell University, Johnson, Richard, and Naylor (“Composting With Perlite”) found that “in yard waste Perlite improved uniformity of the mixtures and… improved permeability of the material to air. With improvement in aeration comes a lessening of odors caused by anaerobic fermentation and a more rapid aerobic decomposition.” These researchers found the best “mix design” for composting yard waste was a 1:1 ratio of Perlite to yard waste.

In 1991, Peter Strom of Cook College at Rutgers University wrote on “The Use of Perlite as an Amendment in Backyard Composting”. He found “the addition of Perlite can be recommended for enhanced backyard leaf composting. The addition of 12 mm layer of Perlite for every 300mm of leaves was found to be beneficial. Double the dosage was found to be even better. And higher dosages, or application methods… may show further benefit.” 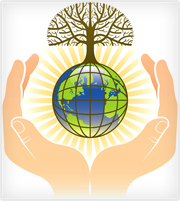